MESH Art has brought a little bit of Idaho to enjoy and savor in my office each and every day. Alex L. Palm Desert, CA. ...    What a joy to be able to look at these images in my office and know I have been to these locations and stood on those very spots. Thank you MESH Art for bringing such joy! Steve W. Oxford, MS. ...    The Storm Returns, Scout Team, and Secret Garden are simply remarkable. Nina C. London U.K. ...   Love the images of the wild horses and mountain goats. I feel as if I have been placed right among them. Mark K. West Lawn, OR. ...   Extraordinary! Boulders in Red is AMAZING! David F. Prescott AZ. ...   This is my home, and you have captured it like no one else. Dawn on Horse Heaven Pass says it all. Jay H. Hailey, ID. ...   We LOVE your dogs. Elie N. Drew D. Ketchum, ID. ...   Talent Shines! Holly M.   Dawn on the Oregon Trail - Yikes! I love it and bought it. Ed Y. Eugene, OR. ...   Last Rays of the Day - in one word - Gorgeous!!! Rob & Pam H.

About as West as You Get in the U.S.

The suns sets on the Pacific Ocean and Ni’hihau Island in Kauai. 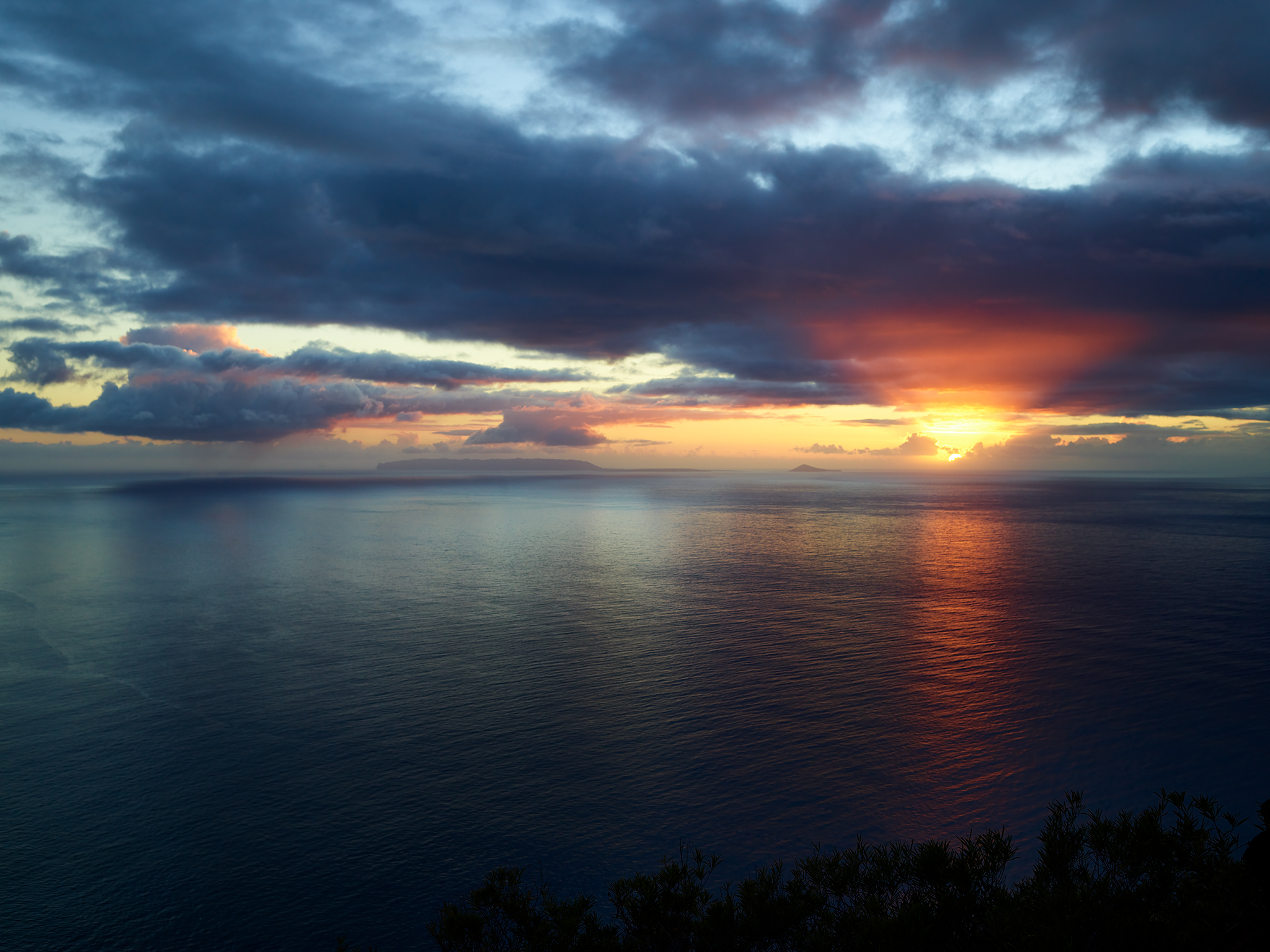 The Forbidden island of Niihau from the west coast of the island of Kauai. Captured from the cliffs of the Na Pali Coast.  A rain shower east of Niihau drops its moisture upon the Kaulakahi Channel below.

Ni’ihau is largely untouched by modern day life. It is a habitat for many endangered species. It is one of most-coveted travel destinations in the world. Ni’ihau (pronounced NEE-EE-HOW) actually became the “Forbidden Island” during a polio epidemic in the Hawaiian Islands in 1952.  Human presence is highly restricted.

Ni’ihau is the westernmost inhabited island of the main Hawaiian islands.  On average Ni’ihau is 17 miles from the coast of Kauai.  Its closest point is 14 miles from Barking Sands beach. A few people have attempted and completed swimming the width of the channel.  The best time to complete the swim is 19 hours.

There are no reviews yet.

Be the first to review “About as West as You Get in the U.S.” Cancel reply 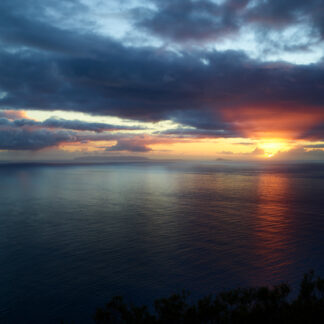